Want to make money on social media? How Upstate SC influencers do it on digital platforms

View a timelapse of Instagrammer Sam Snook as she practices a halloween make-up look while talking to reporters. Sabrina Schaeffer, The Greenville News
For many, the number of likes on an Instagram is more than a sign of popularity. It's a sign of financial success.
"Influencers" are walking, talking brands who capitalize on their online followings to earn money via business partnerships and advertising. There isn't a concrete way to define what or who an "influencer" is, but it's generally someone who generates income via social media, and has a large online audience.
And, influencers aren't limited by location.
These Upstate internet influencers agreed to give the Greenville News an inside look at how they're growing their brands – and their bank accounts.
Samantha Snook: The Instagram Make-Up Artist
Anderson-native Samantha Snook gets about two packages delivered to the Greenville home she rents with her boyfriend per day.
The 23-year-old makeup artist is on the public relations lists for about 25 companies, including the makeup brand "MAC," that hope she will market their products to her 200,000 Instagram followers.
Snook, who started out posting her makeup looks on Tumblr in high school, is self-taught. She used YouTube to learn the basics of makeup artistry.
GET YOUR ANSWERS
Through local journalism, we help get you answers to questions about topics, big and small. Please consider becoming a subscriber. Here's our special offer.
"I enjoy doing makeup as an art form. It started out as a hobby," Snook said as she covered her face in stark white makeup in the converted makeup studio she uses in her house.
But, it wasn't until she moved to Greenville three years go that she was able to do this full time. "I've really built it up to where I can afford to do this as my job."

Buy Photo
Samantha Snook practices a halloween make-up look Wednesday, August 7, 2019. (Photo: SABRINA SCHAEFFER/Staff)
And, it can be lucrative.
Snook typically charges a rate based on the number of followers she has for a post that highlights a particular brand or product.
"It took a lot of Googling for me to figure out what I could charge. And I always negotiate as well."
She said rates vary by influencer, with engagement and number of followers being the driving factors.

Buy Photo
Samantha Snook practices a halloween make-up look Wednesday, August 7, 2019. (Photo: SABRINA SCHAEFFER/Staff)
Recently, Instagram announced changes to its algorithm, which makes it hard for influencers who don't have millions of followers, like Snook, to grow their audience.
"It’s kind of a roller coaster. I’ll be doing so good, getting likes and engagement, then out of nowhere it flips. I’ve had to lower my rates lately."
She said she's considering getting her cosmetology license if her Instagram account can't generate more income.
Joey Thompson: The Facebook Comedian
Standup comedian Joey Thompson doesn’t have much in common with his comedic creation, a loudmouthed, camo-wearing Southerner named Barry McGunthrie Jr.
"Realistically, Barry is a carefree, fun, family-man. Joey is a specific creative," Thompson said.

Buy Photo
Joey Thompson, from Greer, poses for a portrait Wednesday, August. 21, 2019. Thompson portrays Barry McGunthrie, Jr. on social media. (Photo: SABRINA SCHAEFFER/Staff)
But, being Barry is a full-time job for Thompson. His "Gettin' Rowdy" videos position Barry as a tour guide in different cities – his videos tag in from Myrtle Beach to Beverly Hills.
Last year, Thompson was visiting family in Greer when he decided to make a video featuring a stand-up character he'd been trying out at comedy clubs in Los Angeles. "Gettin' Rowdy Y'all in Greer, South Carolina" garnered more than 1.9 million views on Facebook.
"After that, I bought a one-way ticket back to Greenville."
Stand-up comedian Joey Thompson portrays and talks about his online presence as Barry McGunthrie, Jr. Sabrina Schaeffer, The Greenville News
Thompson splits his time between the Upstate and Los Angeles. But, he has plans to keep Barry firmly rooted in the South. His next "Gettin' Rowdy" tours are planned for Atlanta and Charlotte and he's begun a weekly College Football recap video series.
Though he has nearly 80,000 Facebook followers and is stopped for fan selfies, Thompson said he stays humble.
"I’m not Matt Damon. At the end of the day it’s just a YouTube character."
Thompson is finding ways to expand Barry's brand and net worth. Recently, he partnered with Spinx Gas Stations for a sponsored interview with Spinx founder Stewart Spinks.
"To be frank, money drives what I do, because I take everything extremely seriously and put a lot of time into it," Thompson said.
Like NASCAR, Thompson wants advertisers to see Barry as a profit-making vehicle. "I think Barry’s a winner, and you want to slap your logo on a winner."
Rony Rivera: The Man Behind the Camera

Buy Photo
Rony Rivera downtown in Greenville Tuesday, Sept. 17, 2019. (Photo: SABRINA SCHAEFFER/Staff)
Rony Rivera is not an influencer. But the business of internet influence is still lucrative for the freelance photographer.
That's because of some his best clients are influencers, themselves.
"A lot of people think they have high egos because they’re posting images of themselves. But with influencers, you learn it’s just a business. It’s something to take seriously," Rivera said.
One influencer Rivera has worked with is Sarah Schauer – who did not respond to multiple interview requests – a local with massive followings on YouTube, Twitter, TikTok and Instagram. "Every time she tags me in a photo the amount of people viewing my profile goes crazy," Rivera, who works full-time at ad agency EP + Co., said.
For Rivera, the more popular an influencer, the better.
"That generates business for me because they do need someone who follows them around to take photos of them."
Want to up your social media influence?

Popular posts from this blog 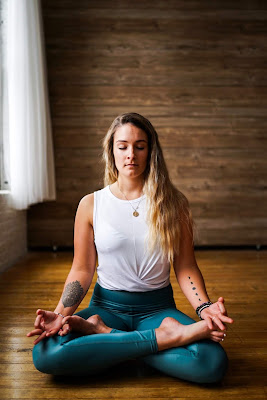 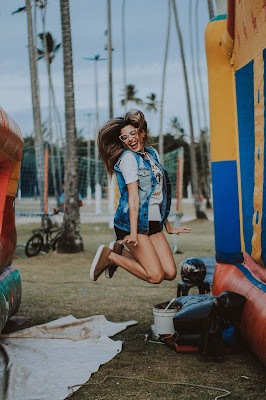 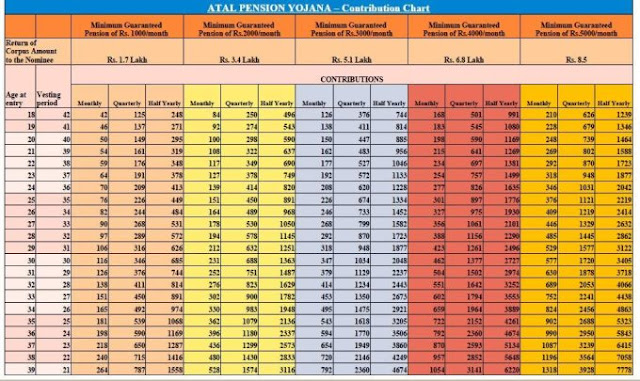